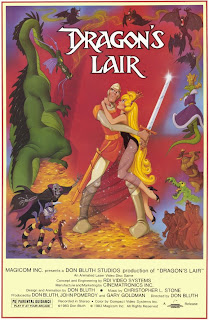 A number of years ago I made a small program in Visual Basic that would allow you to make your own Laserdisc games, and will be uploading it in the near future to my website. Check the Downloads section of my website for the program.
Posted by Edward "Edo" Hrzic at 9:15 PM