House of the Dead

I remember starting to play House of the Dead when I was in Hawaii in the late 90's to early 2000. I'm not fond of the horror genre of games (such as Resident Evil), but for some reason I found myself drawn to this game.

And, dang it, I was good at House of the Dead I. I could go through that game, save all the hostages, and not take a single scratch through it.  Even fighting the Magician, though harrowing, was not entirely too much trouble, except on my off day. In short, I could clear the game on a single credit.

While some people used the "finger over the barrel" technique to reload, I had the "machine gun hand" where I could quickly point off screen and reload.  Even onlookers would say "Dang...!"

Then came House of the Dead II. I'm not sure if I was able to clear it on a single credit (I think I may have done it once). I bought the computer game The Typing of the Dead which was just a typing tutor based on the House of the Dead II engine, and easily cleared that. Hey, I've been typing on a keyboard for going on twenty-four years, so I type fast.

I ran into House of the Dead III while I was in Japan at a local arcade on the top floor of a shopping center. I was finally able to clear that one on a single credit -- usually it would take me two credits. That was the game with the shotgun, and pumping it took a little longer for me than pointing a pistol off-screen to reload.

House of the Dead IV also came out when I was in Japan, and I hadn't practiced the game enough to try and clear it on one credit. There was just too much going on in order to take all the zombies out effectively. Both players used a submachine gun, so maybe the damage rate was a little lower; I recalled killing zombies with a single head shot in the first two games, and perhaps the third.

Whenever I get another game system, I should pick it up to see how well my skills have suffered since then. I havent touched any of the House of the Dead games in about six or seven years.

[Edited to correct typos.]
Posted by Edward "Edo" Hrzic at 9:45 PM No comments:

The opening theme to the animated series 11 Eyes. I didn't care for the series that much, but I love the opening song.

And for those that want Ayane's music video of the song from the limited edition single release . . . 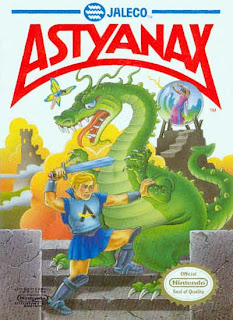 A bit of a unknown game when it came out. While a mediocre action-adventure game, the claim to fame of the console version (in my opinion) is the use of the cinema scenes that first appeared in games such as Ninja Gaiden. Anime-styled, this is before anime became en vogue as it is now. This was back in 1990 when about the only commerically available anime was Bubblegum Crisis, MADOX and Zillion, not counting the re-runs of other series on the air. But I digress.

I remember seeing it in a magazine, and phoning the local Blockbuster video to rent it. They had it, and when I had my folks take me there to rent it, it wasn't on the shelf. Apparently one of the associates had put it behind the shelf for me to come get it, even though I don't recall stating that I would be there to come rent it.

As stated before, the game isn't that great, but the story was cool in a cheesy way to a 8th/9th grader at the time. 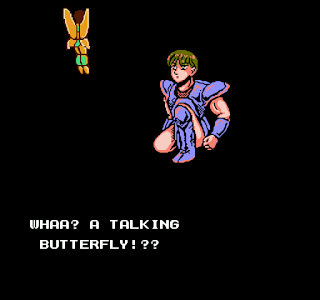 I wanted to update my blog on a regular basis, and it seems to have fallen to the wayside. Ack.

Anyway, I'll put a couple of posts up here (does anyone actually even read this thing?).
Posted by Edward "Edo" Hrzic at 12:40 AM No comments: